According to the National Fire Protection Association (NFPA), heating is the second leading cause of U.S. home fires, deaths and injuries. December, January and February are the peak months for heating fires. Space heaters are the type of equipment most often involved in home heating equipment fires, figuring in two of every five fires (40%).

Often called the invisible killer, carbon monoxide (CO) is an odorless, colorless gas created when fuels such as gasoline, wood, coal, propane, etc. do not burn. In the home, heating and cooking equipment that burn fuel are potential sources of CO. Carbon monoxide incidents are more common during the winter months, and in residential properties.

Electrical home fires are a leading cause of home fires in the U.S. Roughly half of all home electrical fires involved electrical distribution or lighting equipment, while nearly another half involved other known types of equipment like washer or dryer fans, and portable or stationary space heaters.

Although it is unlikely that Camden County will face a winter storm, most of the U.S. is at risk for winter storms, which can cause dangerous and sometimes life-threatening conditions. Blinding wind-driven snow, extreme cold, icy road conditions, downed trees and power lines can all wreak havoc on our daily schedules. Home fires occur more in the winter than in any other season, and heating equipment is involved in one of every six reported home fires, and one in every five home fire deaths. 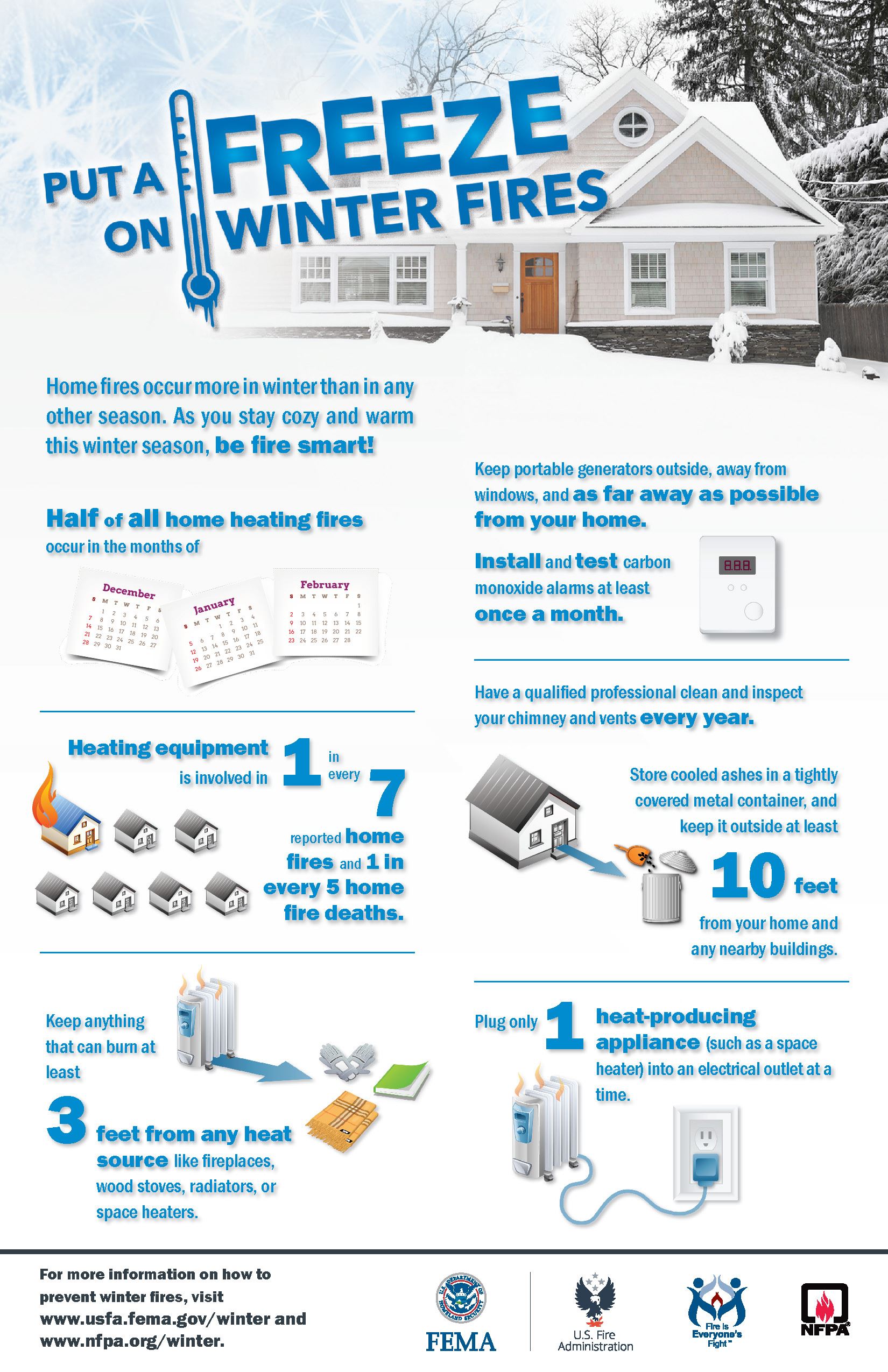