Since 2014, John S. Myers has served the Camden County Board of Commissioners as County Attorney.

The county attorney is appointed by the Camden County Board of Commissioners and serves as chief legal counsel to the board in all legal matters. The attorney provides legal advice and representation to the board of commissioners, the county administrator, all county departments, and the boards and committees organized under the Board of Commissioners on matters related to their official responsibilities. Mr. Myers attends all Commission Meetings, attends all Tax Assessors and Planning Commission meetings, and advises all constitutional officers.

The county attorney manages all county leases and county litigation issues, but does not handle any criminal matters. Duties also include drafting ordinances, resolutions, contracts and other legal documents, handling real estate transactions and performing legal research. The county attorney also acts as the prosecutor for the Magistrate Court for all ordinance violations.

John Myers was born and raised in Camden County, coming home from the hospital as a newborn to the historic 1820’s ante bellum mansion in St. Marys known as Orange Hall. After graduation from Camden County High School in 1977, John would go on to the University of Georgia where he received his English degree. He continued on to Mercer University and the Walter F. George School of Law in Macon, Georgia graduating with his juris doctor degree in 1984.

Mr. Myers began his law career as an Associate with Ballew & Webster in Tifton and later became a staff attorney in 1986 with Hyatt Legal Services in Atlanta. Self-employed as an attorney in general practice in St. Marys since 1988,  Mr. Myers also served for many years as the Municipal Court Judge for the City of St. Marys, and has served as Judge Pro-Tem for Camden County’s Juvenile Court and Judge Pro-Tem for Camden County’s Probate Court.

In March 2014, the Board of County Commissioners appointed Mr. Myers as County Attorney for Camden County. He brings with him a wealth of experience and continues to work locally with his general practice. John currently serves as the Georgia Co-Chairman for the St. Marys River Management Committee. He and his wife Rhonda reside in St. Marys and are the proud parents of two sons, David and Douglas. 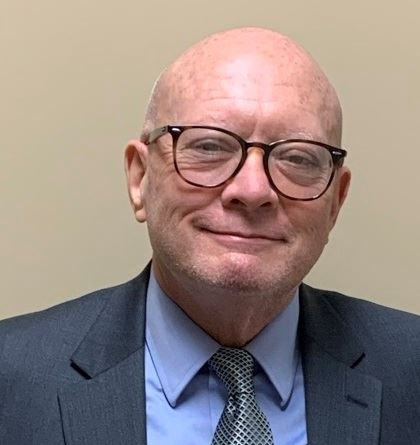